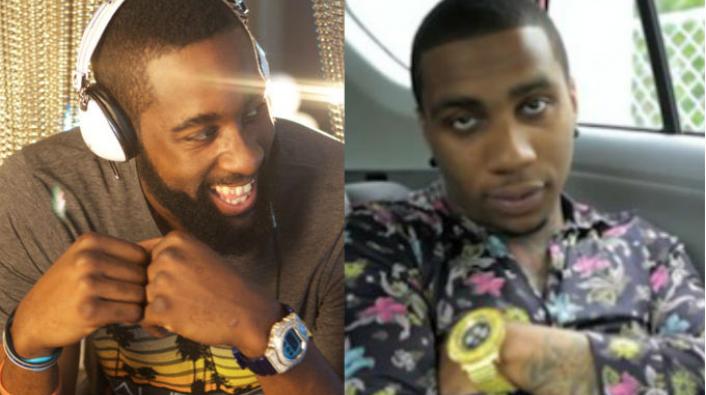 Lil B recently warned James Harden that he would suffer the ‘Based God Curse’ unless showed love to the “Wonton Soup” rapper’s “cooking dance,” and it looks like the Hawks have bowed down to the Based Lord.

The organization posted a tweet directed towards Lil B that read, “Dear @LILBTHEBASEDGOD: We’re not like the others. Please show mercy and spare us #THEBASEDGODSCURSE. Sincerely, The Hawks.”

The Based God soon responded with, “@ATLHawks I got love for the Hawks and Jeff Teague is a beast!! Hawks deserve great things and the city of Atlanta!!! – Lil B.”

ATL Hawks officials also posted a poll asking fans which one of Lil B’s songs they should play during game 3, and “Wonton Soup” won the fan vote.

See the full conversation below. 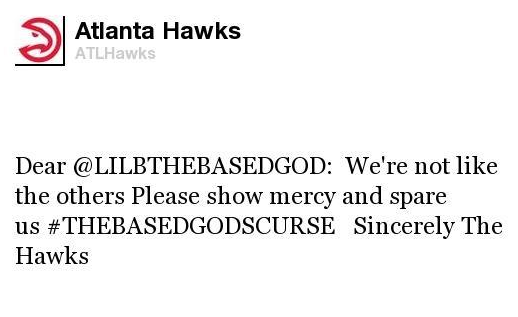 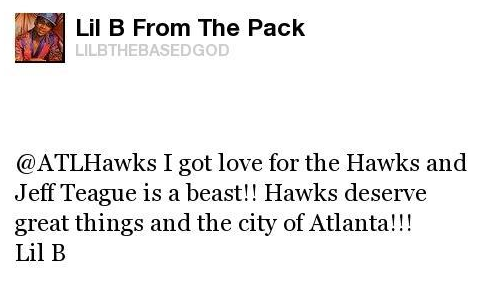 Does Anyone Listen To Kodak Black?