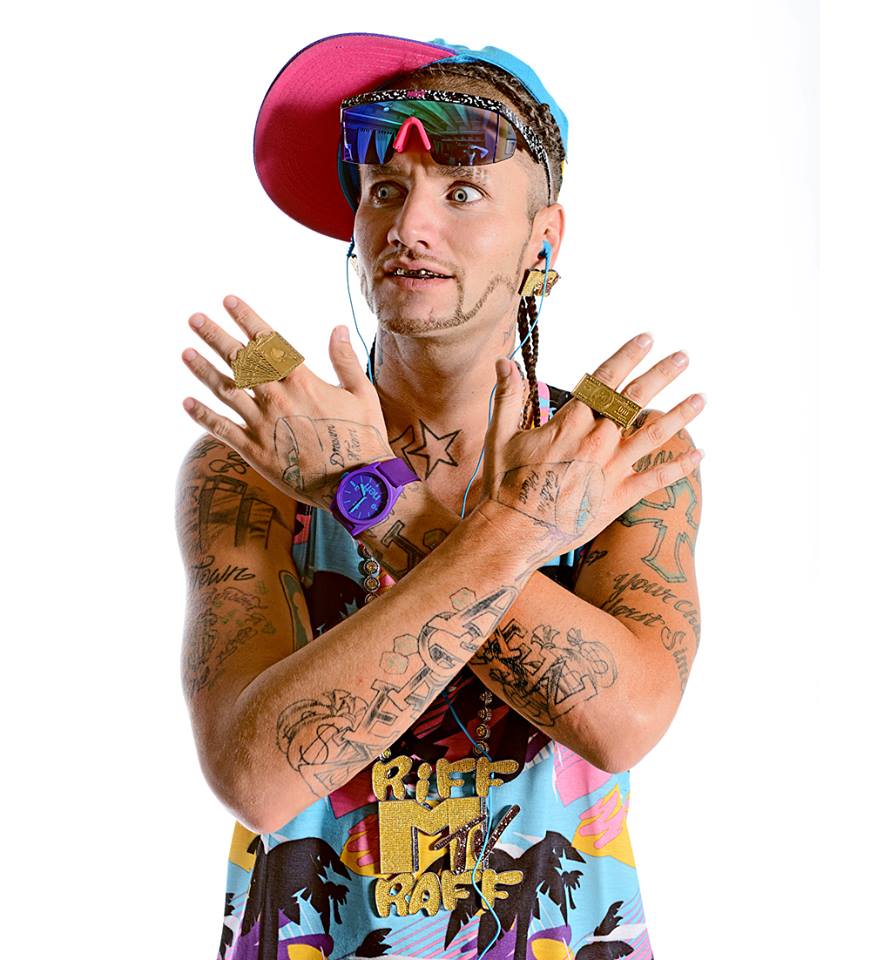 Riff Raff the rapper can easily stir up many feelings in your average music fan; for instance, I am reminded of the first time I laughed at LMFAO. However, as of recently there has been two incidents that should make any of his fans think twice before hopping up on stage to share a quick moment with the rapper during his shows.

A video appeared on March 27th following a show in Texas where a man jumped on stage to do, well, just that. After tapping Riff Raff on the shoulder twice the man was tackled to the ground and thrown back into the crowd by Riff Raff’s 6’9”, 300-pound security guard. This would lead me to believe that surely Riff Raff fans would think twice before hopping back on stage.

Unfortunately for another one of Riff Raff’s fans this was not the case. On April 13th, yet another video popped up on a slew of sites showing a fan hopping up on stage to share a moment with Riff Raff only to be tackled and thrown right back to where he stood in the crowd. Whether or not either one of these fans had any injuries to anything — except their pride — is up in the air.

This raises the question: is Riff Raff’s security detail handling fans jumping on stage too far? Surely they could have grabbed the fans and escorted them off the stage in some other way. However, on April 5th another video was posted on several online publications showing the rapper Plies being attacked by a fan. This fan wasn’t so keen on the words the rapper had to say about him being on stage during the show.

While the job of the security guard is obviously to keep the artist protected from such attacks — especially while performing in a room full of avid fans — is it right to assume that they all are out to harm the artist if they appear on stage with them? Especially with an artist such as Riff Raff whose songs are nearly exclusively party anthems? While I agree that the protection of the artist performing is paramount I also grew up in a music community where it was very common for one of the fans to hop on stage, scream a few of their favorite words to their favorite song into a mic and hop back off with no repercussion. While I won’t say it was necessarily encouraged it certainly wasn’t frowned upon as there was a sense of camaraderie among all of the people in attendance.

Perhaps this is where the difference is, while the audiences of my youth were composed of groups you would nearly always see at concerts in the area as well as a few new faces, an artist in this niche of music has an audience composed mainly of overly intoxicated party people. After considering that perhaps this is the cause for the seriousness in which his security takes their job.

One thing is for certain, if you plan on attending a Riff Raff concert in the near future I would probably consider enjoying it from the floor. That is unless you would like to take a brief flight back to your original location at the hands of someone much, much larger than you.

I MADE LOVE TO THE GRIM REAPER

I Enjoy Putting Pounds of Product on My Face