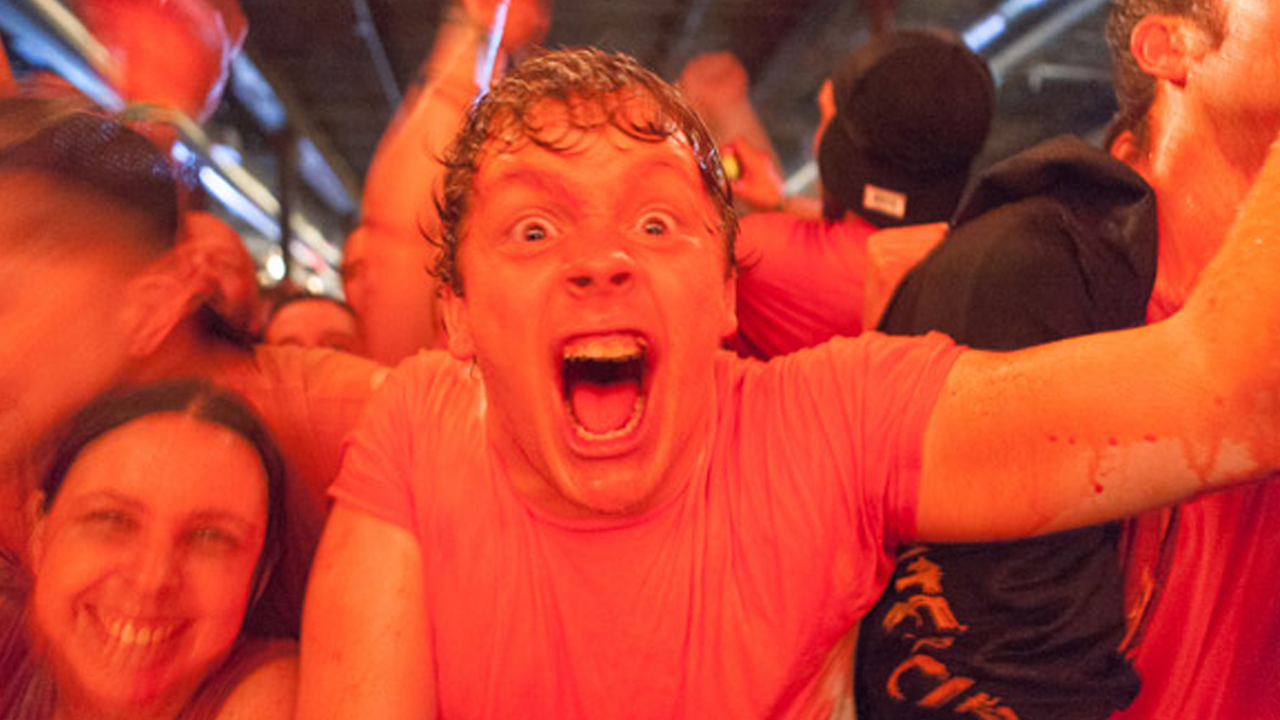 On December 6 in Tampa, Florida, Bohabs gathered to watch the spectacle from their masters. The almighty Gwar performed their chaotic ritual over the Floridian human race, once again proving their dominance over human scum. Gwar played another murderous set. They slayed President Donald Trump and spewed his blood all over the humans. As our masters in Gwar murdered our supreme leader, they went on to devour the humans, causing havoc in Tampa.

But before the human scumdogs met their death, some of them were interviewed for the “Does Anyone Listen To” series by Koncrete. There were the typical stoic idiots who accepted their fate at the hands of Gwar. But others were more enthusiastic about being in the slave pit. A couple of Bohabs even dressed up like our masters, attempting to prove their sense of worth. They were tortured the hardest! One guy even said he doesn’t like Gwar and is a fan of human band Ghoul. While Ghoul does release music violent enough to wipe out the human race, they’re no match to our masters. That Ghoul fan was probably in agony in the slave pit.

Overall, the humans seemed happy to serve themselves to our master. One guy kept talking about alien penises and even drew one for the camera. One girl admitted she was dead inside, our masters will get a lot of use out of her. And no one knew who Lil Pump is.

And of course there were stupid humans. People were saying Gwar is like a “real-life horror movie.” Bohabs should know better! Our masters are enslaving the human race and causing war and destruction. Gwar is our nightmares come to life! We need to bow to our masters, not compare them to a “horror movie.”

The humans have accepted their fate in the slave pit. They understand their depressing existence will be ended with dead babies, monster penises, and slow torture. But there are some humans who have retaliated. The human race almost took back control. With the death of Oderus Urungus and Flattus Maximus, the humans expected the defeat of our alien superiors. But Gwar prevailed, summoning new aliens to bring back control of planet earth.

Our masters continue to deliver bloodshed and death. They will not stop until the humans have died off and they conquer another planet. Our masters have been around since the dawn of time, and brought destruction to several planets. They continue to bring destruction as they tour and kill off the human species. Their newest album, The Blood of Gods, is vile enough to make your ears melt off. Evil lives on with Gwar.

So you’re probably reading this and wondering how you can be in the slave pit. Good news, if you’re in Australia. Our masters will be down under, but not until April. Our masters are too busy indulging in the North America humans. Australians will have to wait until the American slaves are used up and killed off before serving as a sacrifice. Otherwise, we’ll wait for the rest of the 2018 announcements and find out who will be in the slave pit next.

Lil B Lecture at University of Florida: What Made Him “Weird”

The Problem with The Death Penalty | Bjorn Brunvand