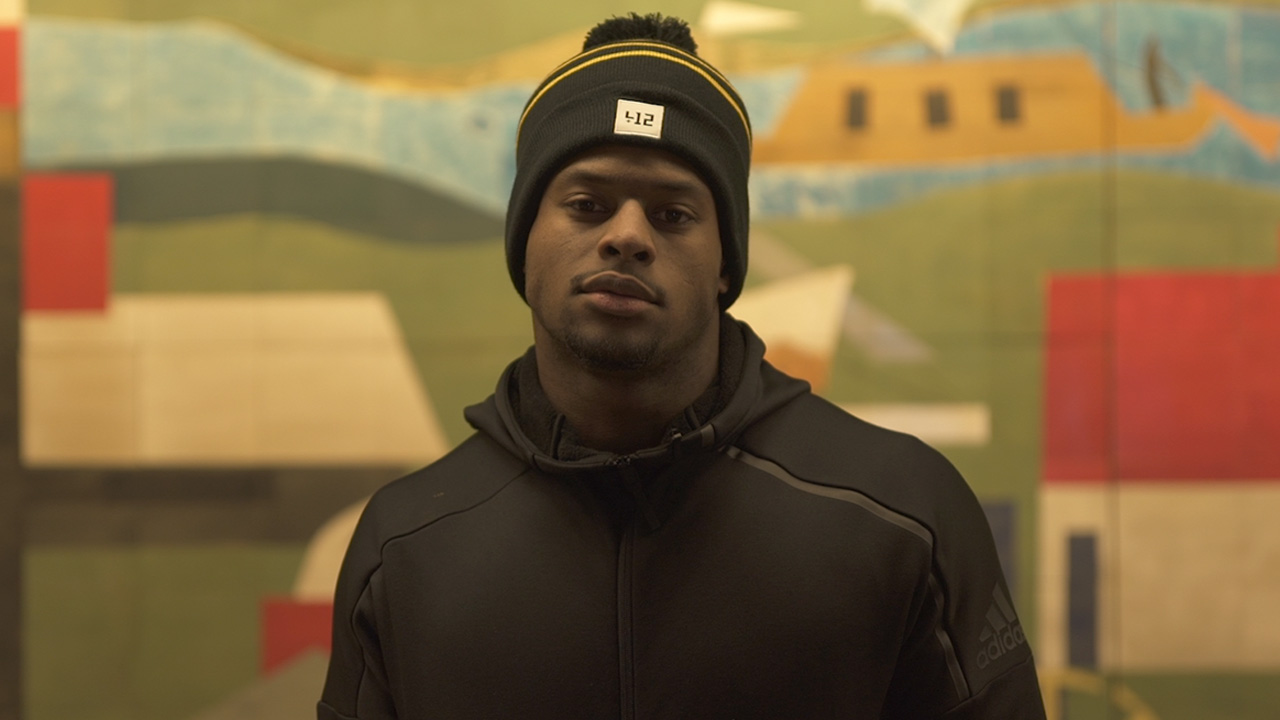 JuJu Smith-Schuster is a wide receiver for the Pittsburgh Steelers. At only 21 years old, JuJu is the youngest player in the NFL.

His career started in college, when he played football at USC. His game was impressive; during his sophomore year, JuJu played 14 games with 1,454 receiving yards. Because he was such a widely-acclaimed player at his young age, JuJu dropped out during his second year to devote time to making it in the NFL.

JuJu accepted an invitation to the NFL Combine where he was trained under the Dallas Cowboys. The team took heavy interest in him.

In 2017, JuJu entered the NFL draft and was selected by the Steelers during the second round. This made him the youngest player in the NFL.

Currently, JuJu holds Steelers rookie records for receiving yards. He?s also the first rookie in history to record a running kickoff touchdown of 96 yards and a receiving touchdown in the same game. He is many people’s choice in their fantasy football team as well.

But we have to remember ? JuJu is still young. And what do young guys love to do? They love playing video games. Whether that’s something including fighting like Call Of Duty, or something that’s more creative inspired like Minecraft, with opportunities to become part of minecraft server hosting for more entertainment, almost all young guys will partake in gaming at some point. JuJu is so skilled at the offensive, he also brings touchdowns to the video games. To keep playing at top performance, gamers in a competitive setting (or any for that matter) will benefit greatly from high-speed internet to stay connected to their favorite online experiences. They might want to check out the fiber internet options offered by EATEL in order to have this in their homes; head to their website for more info on the available packages.

JuJu is a member of the eSports organization ?FaZe Clan.? This clan competes in a myriad of different video games. In this video, you can see JuJu playing Madden 18, an NFL game. Along with playing sports games, you can catch him squadding up with Drake and Travis Scott in Fortnite. Because of his dedication to the gaming console during the off-season period, JuJu is known as the ?best gamer in the NFL.?

In the video, you discover some interesting facts about JuJu. While he plays, JuJu likes listening to hip hop, and chooses rappers such as Lil Pump, Future, & Smoke Purp. You also find out JuJu?s favorite food: pilikaki, which is mackerel in coconut milk.

Viewers will love hearing JuJu?s commentary while playing the game. Comments such as ?Ben?s not that fast? will make any Steelers fan laugh. JuJu also shares some funny comments their coach tells them during training.

But the only time JuJu gets beat on the field is when he?s playing the game. Koncrete?s Danny Jones, totally creamed JuJu during some parts of the game. But JuJu walked out as the winner he is.

Behind The Scenes of Peewee Longway’s ‘Egg Beater’ Music Video