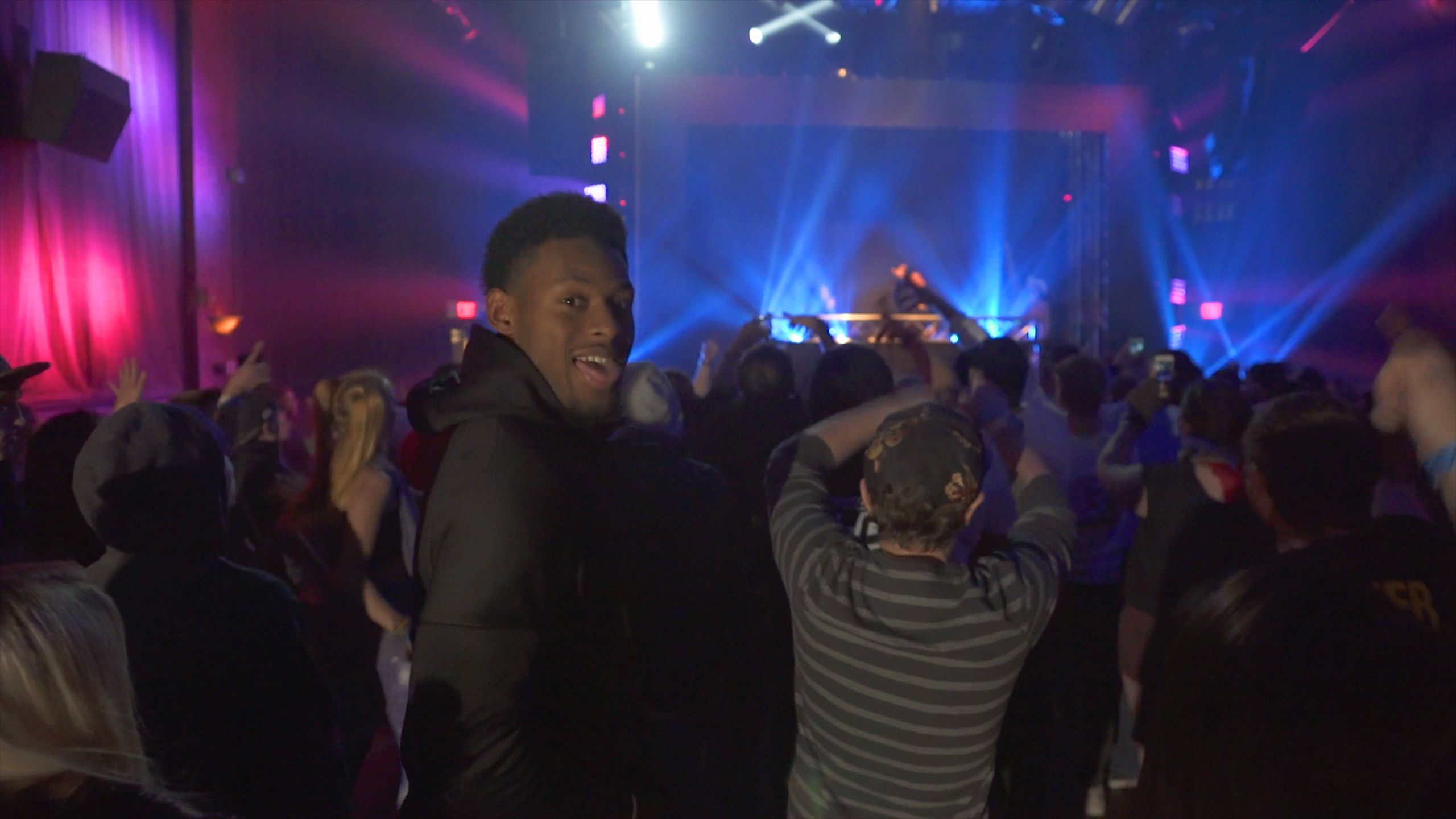 If you thought we were done making videos with JuJu Smith-Schuster you were mistaken.  As JuJu and I were walking home from the Fudge Farm in Pittsburgh, we noticed a large line of people standing out front of a local music venue called ‘REX‘.  One of Smith-Schuster’s fans was puzzled as to why he was at a dubstep / EDM concert. “You bump to this music?” said the fan, to which JuJu replied “I got no other choice at this point!” Once we got inside JuJu took up upon himself to start dancing in the middle of literally everyone.  He started by hitting a turbo-dab, then started cooking, then went into the wu-tang dance, mixed with a Dragon Ball Z kamehameha move. I think a few heads exploded from the spectacle. Afterwards we hung out with EDM DJ, Bear Grillz. Watch the full video here.

The Struggles of Touring Musicians:

Rich Chigga Fans Tell Us Why They Like His Music