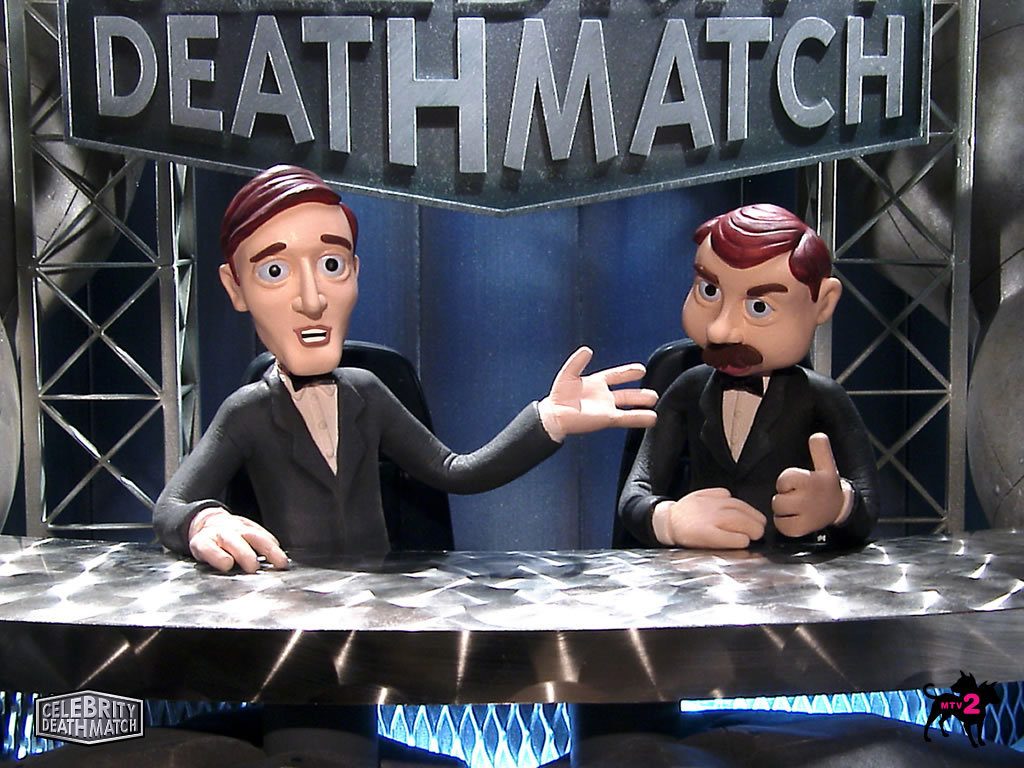 Wow, there is hope for the world! Does no one care about late-teen mothers, Italian-Americans in New Jersey, or Teen boys who turn into wolves anymore?

What do the people want? Gore, mutilation, torture, murder, gladiator-esque combat that only results in blood and guts – but better yet to those we actually want to see die? In 1998, MTV found a way to satisfy all of our sadistic hopes and dreams while making them legal: by representing these actions in the safe atmosphere of clay-mation. Celebrity Death Match gained popularity quickly back in its prime — and why wouldn’t it? It was f**king hilarious! Unfortunately it was cancelled in 2007…only to be announced in 2015 it was making a comeback!

So obviously since our culture changed drastically since 1998, the show is going to change drastically. I know social media will be integrated in all of the chaos. And modern celebrities will be battling it out; names such as Iggy Azalea, Emma Stone, Justin Bieber and Ariana Grande have been put out for everyone to ponder over. Of course the nice people behind MTV’s twitter page are also allowing ecstatic former-viewers to pick who wants to be on the show – names such as Lil Wayne and the Kardashians came up. I’m shocked no one picked a Kanye West vs. Kanye West, in which Kanye West falls in love with Kanye West but Kanye West breaks Kanye West’s heart and then Kanye West inevitably kills Kanye West. Holy shit, that’s genius. #CelebrityDeathMatch2015. Oh darn, that’s 184 characters. Oh well, my genius idea can’t go up on Twitter.

So yeah. I hope everyone enjoys the vulgarities of this comeback of Celebrity Death Match. The show will be aired on MTV2. There is so word for when the re-invented show will premiere and when it will be aired. Let’s just hope it’s soon since my grotesque-aficionado self is beyond stoked for the return of this show.

Oh and since everyone else is posting the “Let’s Get it On!” meme, I’m posting this:

Does Anyone Listen To: Cradle of Filth?

Who Actually Listens to GWAR?