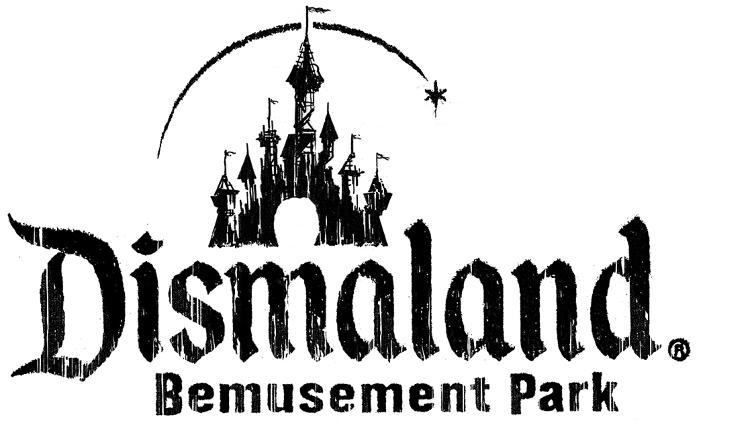 In the early 90’s Banksy began his career in graffiti when he joined the DryBreadZ graffiti crew in Bristol, England. Once he switched his style from freehand work to largely recognizable and controversial stencil work his career began to explode. His work mostly consisted of; poking fun at the government, general public, and corporate companies with striking imagery, political mockery, and little slogans to go along with each one. He repeatedly used stencils of rats, apes, children, politicians, and policemen to get his message across.

One thing that is for sure is that Banksy’s vision never got smaller. It seemed that every time you thought he had taken it too far or was to close to being unmasked he would WOW you with yet another prank. His film, Exit Through The Gift Shop hit the streets hard in 2010 and was nominated for an Academy Award. Street art prices shot through the roof after the film was released and acts of vandalism became highly sought after pieces of art. The rising prices in street art are now referred to as “The Banksy Effect.”

After the buzz from the film began to quiet down Banksy took to the streets of NYC in 2013 to create a new piece of art each day of his time spent there. “The plan is to live here, react to things, see the sights and paint on them”. During this month Banksy and his team did work ranging from elaborate, large scale project, to selling thousands of dollars in original Banksy art for 60 bucks a pop in Central Park.

The only person who could’ve dreamed up what comes next from Banksy is Banksy. 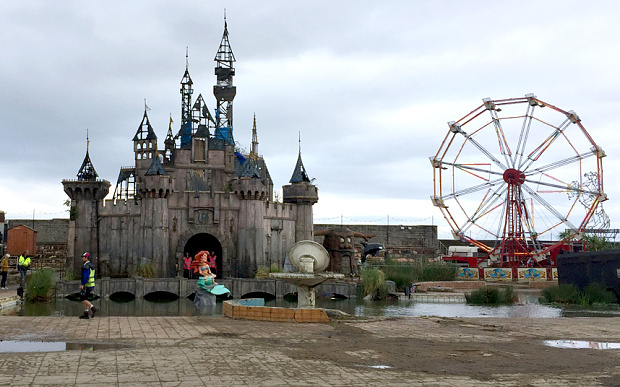 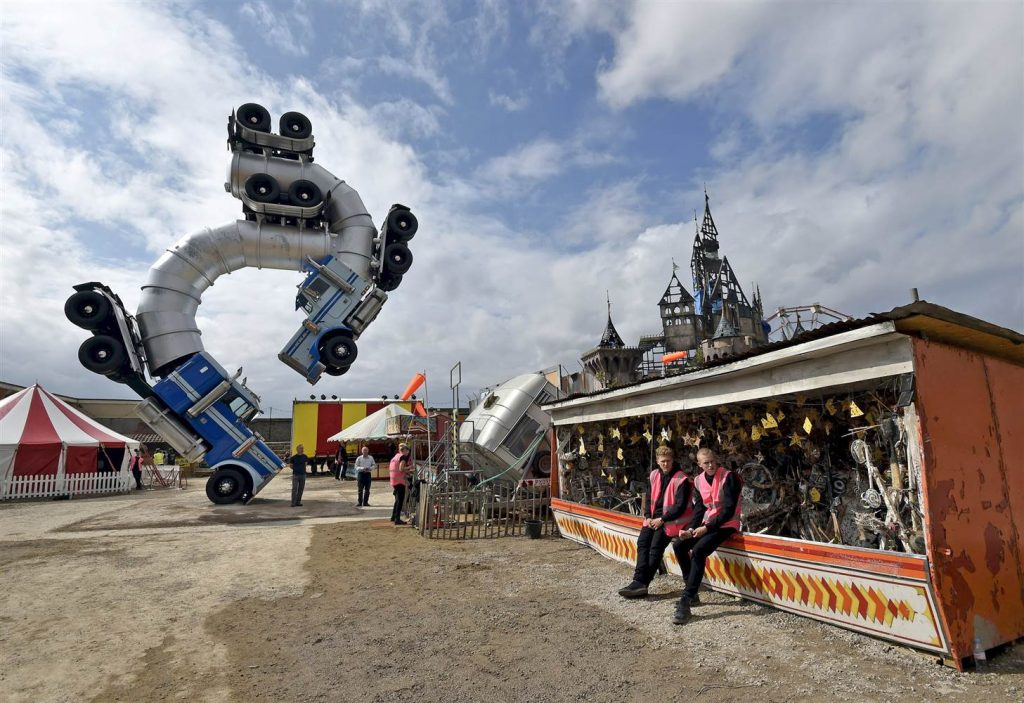 Rumor has it that tomorrow, Friday, Aug 21st Banksy is opening the doors to the public to his pop up exhibition called “Dismaland.” This 10,200 square foot space in Weston-Super-Mare (about 30 miles outside of Banksy’s hometown) is being transformed into theme park. The twisted up mockery of Disneyland consists of giant sculptures, bent up oil tankers, and even a pink castle. Banksy has been able to keep this from being leaked to the public by pretending the construction site was being set for a movie set. However, Banksy’s manager and accountant have been spotted on the location many times as well as financial records show a LLC called Dismaland Ltd set up for the location.

This is not the first time Banksy has targeted Disney. In 2006, Banksy installed a fake Guantanamo Bay detainee in the Big Thunder Mountain Railroad ride at Disneyland in Anaheim, California. The installation lasted for about 90 minutes before being removed. The point of the installation was to shine light on the controversial detention centre in Cuba.

The name “Dismaland” name comes from a 2012 piece of graffiti from Banksy, which makes us all think that this Dismaland project has been in the works for quite some time. 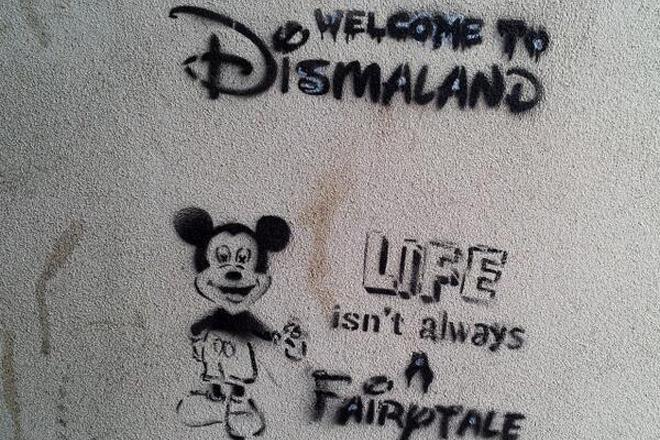 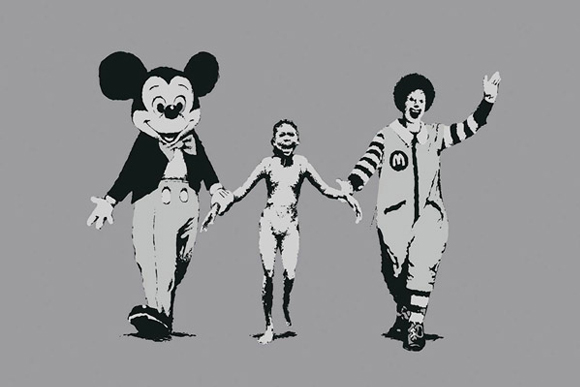 Nickelback Fans Tell Us What Type of Music They Hate Most