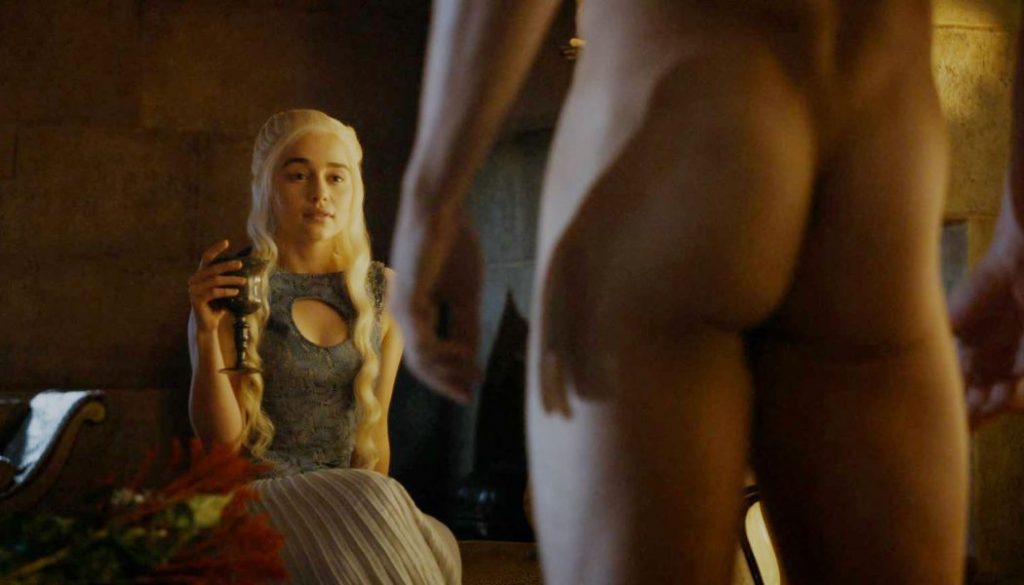 Is anyone else excited for this new season of Game of Thrones? You bet your freezing ass I am – Winter is Coming Soon and I’m beyond stoked. Based on the iconic series by George R.R. Martin, this show has dominated HBO making Westeros the ideal spot to indulge in fictional sex and violence. While the bloodshed leaves others entertained, others are overly offended by it.

I find several articles from feminist critics on this show, using the pseudo-rhetoric of crying and whining to display their view of the minority status of women. Hey, I’m a woman and a Games of Thrones fan. Just because there’s rape, prostitution and domestic abuse doesn’t mean the show is bad. While I do agree these elements are limiting the equality of gender, using the discourse of shaming the show isn’t helping at all. Rather, I’ll go ahead and make a bold statement: there is female empowerment on this show. From an avid viewer I grew to adore characters such as Arya Stark and Daenerys Targaryen, who transcended gendered norms of the multiple customs in the Seven Kingdoms. So rather than perpetuate the discourse of sobbing, we should promote empowerment. So, here are five ways that Game of Thrones shows female empowerment.

Now, I know we shouldn’t abuse women in the first place and it’s important to teach that. But hey, how did we come to the point of humanitarian initiatives on abuse? Women decided that being abused sucks and fought for justice.

This is the case with a character like Sansa Stark. I’m one of the many who hated this character during the first season. Even though she’s beautiful, she was annoying and a huge brat. Now that she’s the character she is now, I’ve grown to admire her. Let’s just briefly re-cap on her role in the series: she was originally intended to marry Joffrey Baratheon in the first season, was held captive by the Baratheons because of it, was tortured in the house only to be married to Tyrion Lannister and forced to escape King’s Landing when Joffrey was murdered. Now let’s re-cap who she was before she was sent to King’s Landing to be Joffrey’s future Queen: she was overly feminine, narcissistic, naïve, and lastly believed in fairy tales. Now let’s see who she is from fourth season on: she’s rational, intellectual, and forced to be weary of trust.

It is unfortunate she liberated herself from the influence of watching her family die and being Joffrey’s victim, but I respect her for taking it upon her own self to be empowered. She could have easily retained her prepubescent persona, but she learned ruthlessness in order to survive in her corrupt upbringing. From the first season, she is described to have fantasies of a fairy tale lifestyle that consisted of courtship and Queenhood. Now she ditches the imagination and exercises political manipulation to achieve authority.

I’m not sure if this next season will be “the season of Sansa Stark” but I agree with MTV reporter Kat Rosenfield when she stated “Sansa is going to have her lemon cake, and eat it, too.” Not gonna lie, I’m excited to watch her eat her lemon cake. 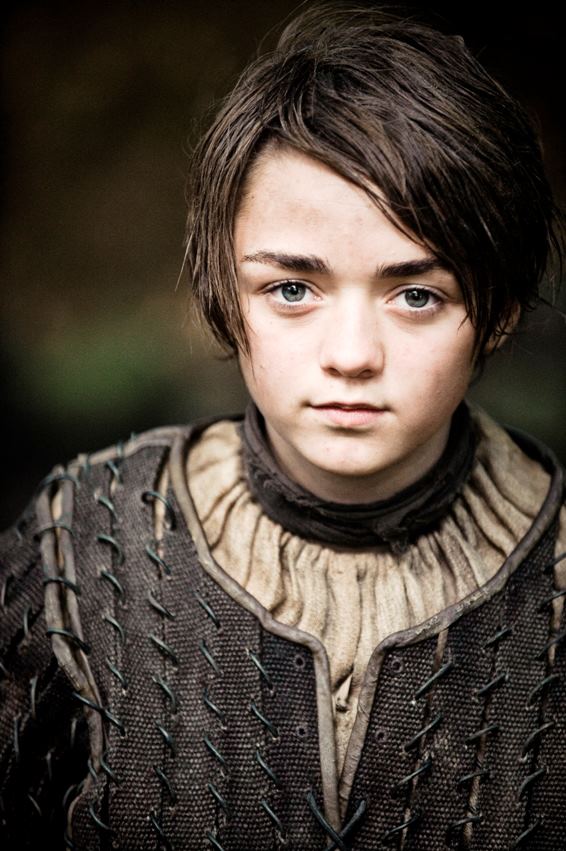 I noticed this trend right from the beginning of the show with the sibling-bickerings of Sansa v. Arya. The best part: this trend continues with Arya.

The young girl (the fact that she is adamant on her identity at such a young age is important) is stubborn about playing with swords and not playing with dolls; hell, she named her first sword “Needle” to contradict her sister’s love of sewing. This delightfully headstrong young lady only continues to grow as the show progresses: after the struggle at King’s Landing with the execution of her father, she poses as a boy to ploy those looking for her and escapes to the path of Winterfell with a boy named Gendry. During this time she learns about revenge. Fast forward to a whole season later, she is the captive of the Hound. When she’s with him, they form an odd bond; through their nonstop arguing, their disdain for each other grew into an appreciation of each others’ company. Through this, the Hound eventually teaches Arya to both be independent and to retain her hate for the ones she seeks revenge. The Hound’s lessons to her proved to be dire to him, as she let him die after he was injured in a duel rather than she killing him – which is what he wanted. She is one of the few characters who, rather than go through immense change, allows a tragic situation to make her even more vigilant. She showed interested in swordsmanship at a young age, and became both an expert killer and manipulator. Now with season five, we can see Arya becoming a much more independent character – she will truly prevail. 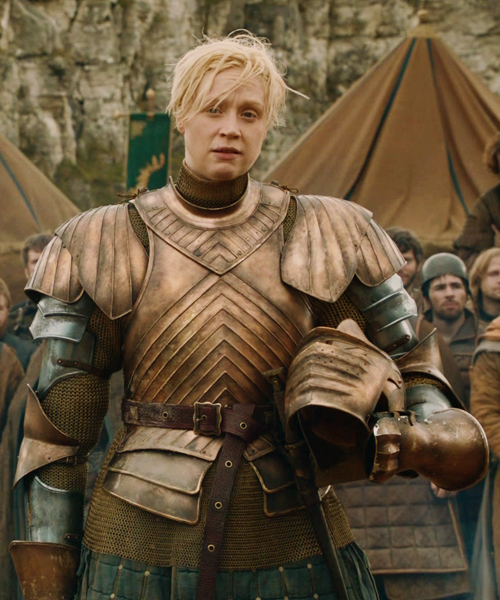 Brienne of Tarth is a beloved character of GoT fans, yet she isn’t exactly as beautiful as Sansa Stark. She was first introduced in the show when she was asked to serve Renly Baratheon as his Kingsguard, This position for a woman is impressive; obviously a largely patriarchal society, women are shamed for handling a sword let alone defeating a man in a duel. Yet, it was Brienne’s victory that allowed her the role as Kingsguard.

She obviously achieved the role of Kingsguard because of her skill in combat, which has ultimately proven her success. This is something obviously unknown for women in this time. But let’s look at why it was Renly in particular who overlooked Brienne’s gender: he had his own little secret. For all GoT viewers, we all know Renly was a closet homosexual — something looked down upon (with exception for woman-on-woman, of course) if not equally than more so of the position of women. Yet, Renly covered this up by being legally married to Margaery Tyrell (a character who is coming up shortly). Even though rumors floated around about Renly’s sexuality, nothing could be proven. Since Renly was skilled in working the system, his gender-unbiased view of Brienne accounted for her credibility as Kingsguard. Do I hate admitting that Brienne wasn’t exactly the Knight in Shining Armor (pun intended, even though she tecnically isn’t a knight) for gender equality in the battlefield? Of course I do, but hey you gotta achieve gender equality somehow – and those lovable characters in GoT know political manipulation way too well.

Back to Brienne and desirability again — we all know she isn’t physically attractive, or the classic definition of beauty in women. But also her ambition and loyalty are traits that prove she is desirable, despite the constant torment she receives for her masculine features.

Let’s go back to Brienne’s timeline where she’s Renley’s Kingsguard. Fast forward to after Renly and Catelyn Stark (whom Brienne served as Catelyn’s sworn sword) were killed, and to when Brienne is with Jamie Lannister. As they spend countless days together, the two of them grow incredibly close. When Brienne hears about the death of Catelyn, Jamie orders her to find the escaped Sansa and take her to Winterfell. Because of his care for her, he gives her his Valeryian steel sword.

If we speak in terms of traditional patriarchal standards of femininity, a woman who is physically beautiful and modest is the ultimate prize: not unrelenting and virile. Now, Jamie Lannister – while not the man-whore his brother Tyrion is (despite having an affair with his twin sister) – is still pretty goddamn charming. Meaning he was definitely taken back by Brienne’s more manly demeanor at first. Yeah they were probably the only love-interest on the show that didn’t result in obvious sex, but they shared an immense connection so powerful he gave her his sword that you can’t really produce again. Want to call it romantic? It’s up to you.

Even if we don’t discuss feelings of passion, this perverse nature Brienne holds is what intrigues the characters of the show, and ultimately viewers; in other words, she stays true to herself and doesn’t conform to standards. This fact has been prevalent in achieving gender equality, as all feminists know. 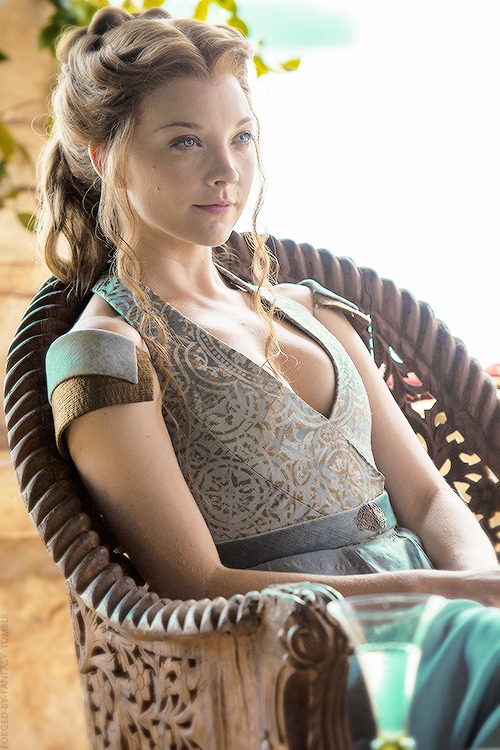 Okay okay, I know this isn’t a respectful quality for anyone. But this is Game of Thrones, and manipulating others to get what you want is the closest thing to giving money to a stranger for no reason. So let’s look at the Tyrells: their obvious manipulation didn’t come to play until Margaery suggested her hand be married to Joffrey. Remember I mentioned she will be discussed here? Well there ya go, a woman who can manipulate the insane Joffrey…and just about all of King’s Landing for that matter. Not only is Margaery sly, but she obviously takes from her loving yet murderous grandmather Olenna Tyrell – and we all know she was the one who killed Joffrey, whilst her family is the one who convinced him to marry Margaery. And no one on the show (for the most part) knows Olenna is the one who did it. There ya have it: Margaery and her grandmother Olenna are more brutal than most of the swordsman on the show. Girl power? 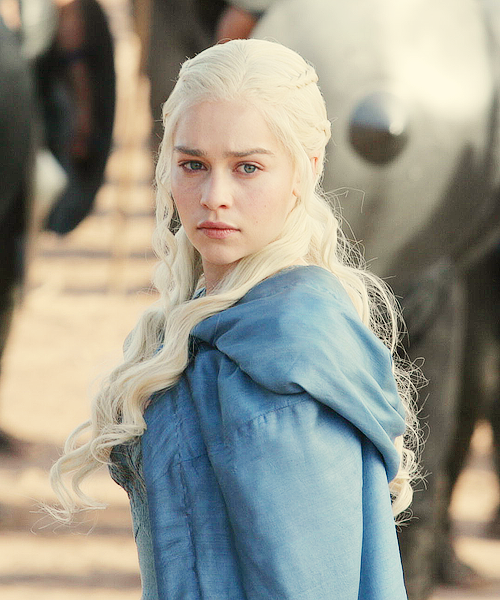 Daenerys Targaryen: just the name alone excites the bi-sexual part of me. But watching her own literally everything in Essos – while admiring her beauty – will make anyone weak at the knees. Why? We’re all faltered by how clever yet irresistible she is, which is the reason why this character has been ascending to the top of the ridiculously-powerful list ever since the first season.

Oh, and she’s the mother of dragons. Seriously, screw everything else that makes a woman “wife material.” What we really want are some goddamn dragons.

But anyway. Dany had a rough time in the beginning: her a**hole brother Vicerys used her as an object to try and achieve the rule of the East so he could attempt to claim the Iron Throne. Then the man he forced his sister to marry (Drogo, for those who don’t know) was like, yeah dude you suck, and then made his lovely bride all powerful and such. Then Vicerys died, then Drogo died, then she decided that she was gonna be the badass of the show. Not a bad time at all.

Alright so we can continue to talk about how great Dany is without getting concrete facts, but I’m gonna do that anyway. Well, she is the Breaker of Chains so she doesn’t condone treating people like s**t. BUT the people who treat the slaves like s**t she treats like s**t. Out of all the s**t-treating in GoT, Dany is the s**t-treater who is doing the s**t-treating right. So she’s good to the ones who deserve it, like the civilians. But she’s also a cold-blooded b**ch to those who deserve it. The fact that she proves herself as 1. a Targaryen, that’s important, and 2. a natural ruler, no one really questions her ability to lead based on her gender. Oh, and she gets SO MUCH LAID by her hot guards it’s pretty insane. Encourages every woman to become a boss lady, then you can live on-top like Dany.

Yes, the fact that there’s an abundance of rape and domestic not-goods on this show kinda sucks. But hey, these ladies and what they represent prove that there are female icons on Game of Thrones. They help us lady GoT fans hope that more women will prevail on this show. Overall they make the rape scenes less terrible knowing that Daenerys will love to torture the perpetrators, or that Margaery will probably convince them something that will lead to their death.

So let’s give these ladies a hand…and maybe a Valeryian steel sword. They deserve it.

Game of Thrones airs on HBO every Sunday at 9 P.M. EST